Grand Canyon National Park is located in Arizona, and is centered on a Colorado River canyon that is 277 river miles long, up to 18 miles wide, and a mile deep. It was established as the 17th U.S. National Park by Congress and signed into law by President Woodrow Wilson in 1919.

Nearly two billion years of Earth's geological history have been exposed as the Colorado River and its tributaries cut channels through layer after layer of rock while the Colorado Plateau was uplifted.

The Park is one of the world's most popular natural attractions, with attendance exceeding 6 million visitors a year.

The park is located about 270 miles east of Las Vegas, and about 75 miles northwest of Flagstaff, Arizona. There are two access routes to the Grand Canyon, the most popular one being Highway 64 north from Williams, located on Interstate 40. Another option is taking Highway 64 west from its junction with U.S. 89 at Cameron.

Another mode of transportation into the park is via the Grand Canyon Railway, which runs from Williams, Arizona directly into the park. The railroad has operated since 1901.

The South Rim of the canyon, with an elevation of about 7,000 feet, is open year-round, while the North Rim is open only part of the year, during the warmer months. 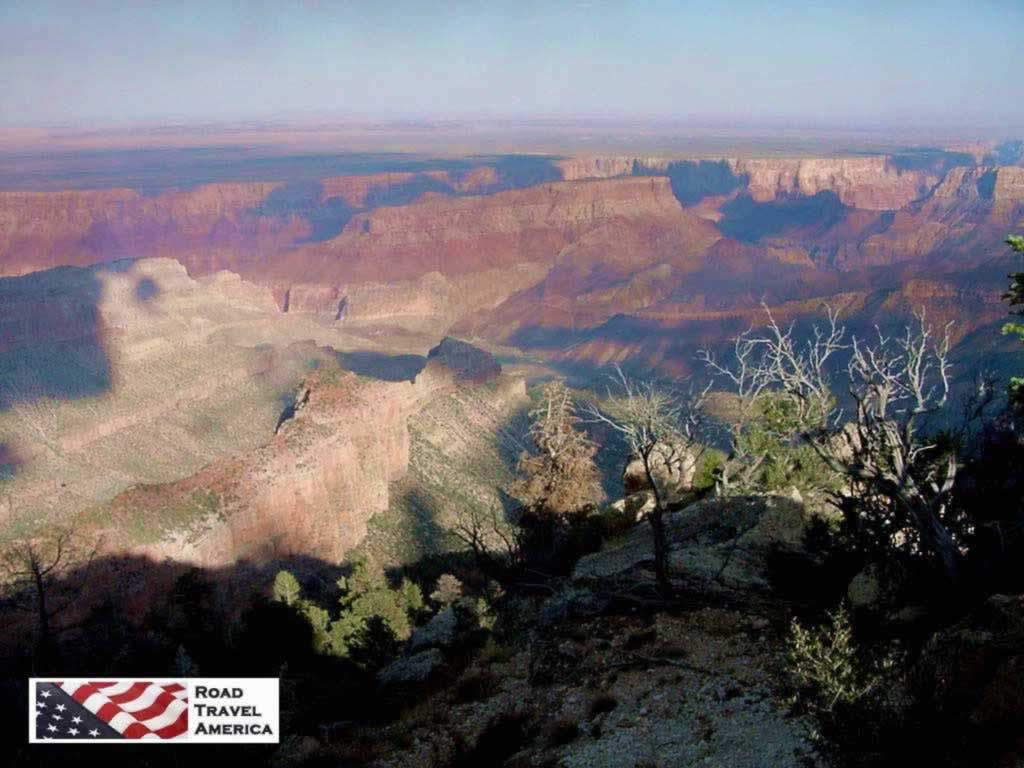 Lodging Options in and near Grand Canyon National Park

Park lodging books well in advance, so reservations are encouraged as early as possible before your trip. Lodging is available in the park, and outside the entrance to the park. We have stayed at the El Tover Hotel, right on the South Rim. Other area lodging options are available in Flagstaff and Williams, Arizona.

Things to Do at Grand Canyon

The floor of the valley is accessible by foot, muleback, or by boat or raft from upriver. Hiking down to the river and back up to the rim in one day is discouraged by park officials. However, hundreds of experienced hikers complete the round-trip down and back every year.

Camping on the North and South rims is restricted to established campgrounds, and reservations are highly recommended, especially at the busier South Rim.

Permits are required for backcountry camping, river trips, weddings, commercial tours, filming, scientific research, special events and activities. Many tourists visiting the Grand Canyon also like to take road trips on the nearby Historic Route 66. It passes through Flagstaff and Williams and other Arizona cities and towns.


Weather in the Grand Canyon in Arizona

Weather in the Grand Canyon varies according to elevation. The forested rims are high enough to receive winter snowfall, but along the Colorado River in the Inner Gorge, temperatures are similar to those found in Tucson and other low elevation desert locations in Arizona.

After the Grand Canyon ... Visit Nearby Las Vegas

For More Information about the Grand Canyon