Santa Fe is located in central New Mexico on Interstate Highway 25, about 65 miles northeast of Albuquerque. U.S. Highway 285 traverses with city in a north-south orientation. Santa Fe is the capitol city of New Mexico, and is positioned at 7,000 feet above sea level.

The Santa Fe Trail was a 19th-century transportation route through central North America that connected Independence, Missouri with Santa Fe.

It served as a vital commercial highway until the introduction of the railroad to Santa Fe in 1880. Santa Fe was also near the end of the El Camino Real de Tierra Adentro which carried trade from Mexico City.

The city was one of the larger cities on Historic Route 66 during its earlier alignments. It passed through downtown near the historic La Fonda on the Plaza Hotel.

Santa Fe remained on the original Route 66 until 1938 when the road was rerouted on a more direct route to Albuquerque.

Things to Do in the Santa Fe Area

The Plaza, the epicenter of downtown Santa Fe, and the Palace of the Governors, the oldest continuously occupied government building in the United States, were built in 1609 and 1610, respectively.

Native American artisans from New Mexico's 22 pueblos and tribes still sell jewelry beneath the Palace’s long portal, as they have for hundreds of years.

The Cathedral Basilica of St. Francis of Assisi is a dominant landmark in the downtown area, and a must-not-miss attraction for visitors.

A popular stop for residents and visitors alike is the Santa Fe Opera, just north of the city. Be sure to also explore the artistic Canyon Road, the Midtown Innovation District, the vibrant Southside and the hip Railyard-Guadalupe district.

Museum Hill features four of the finest destinations in the area, including the Museum of Indian Arts & Culture, Museum of Spanish Colonial Art, Museum of International Folk Art and the Wheelwright Museum of the American Indian.

With one of the highest elevations in the country, Ski Santa Fe is also popular with snowboarders.

Other attractions and things to do in Santa Fe 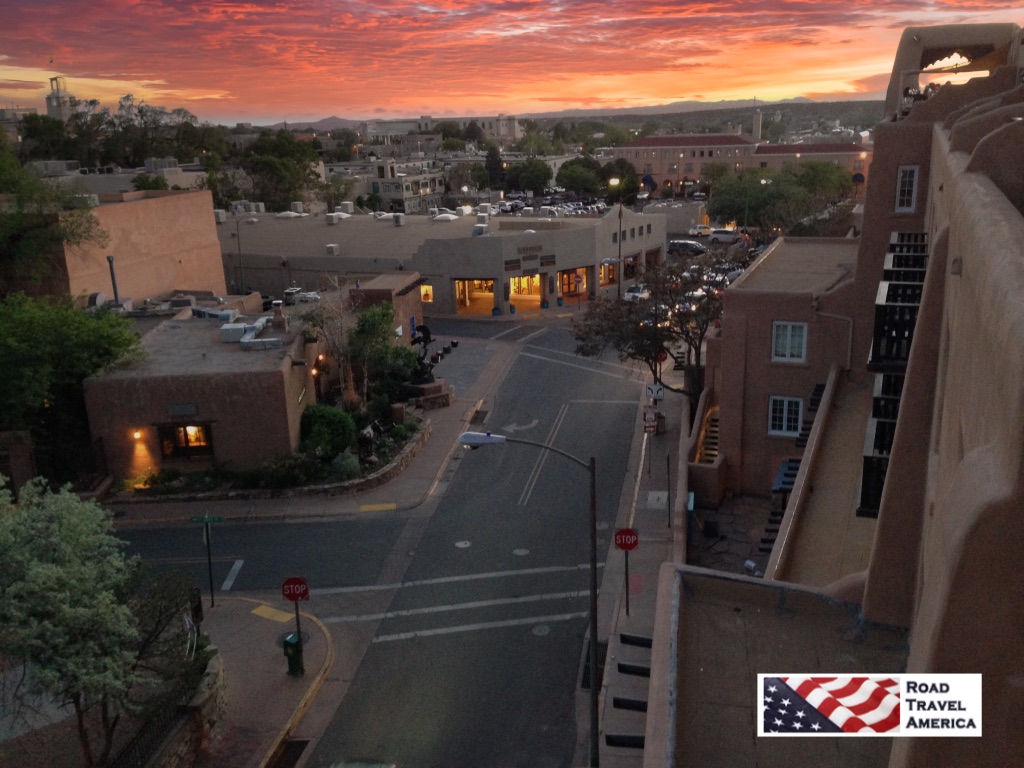 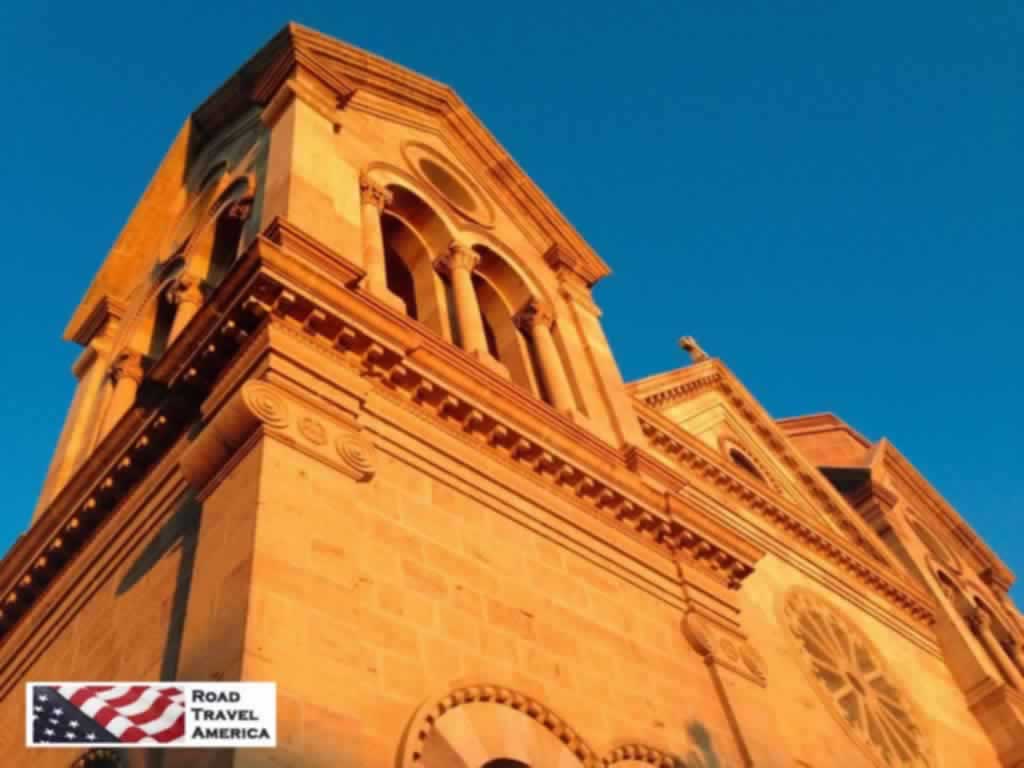 Lodging options in Santa Fe are plentiful. There are over 60 hotels, 35 bed & breakfasts, 23 units of speciality lodging, spas, and dozens of vacation rentals to meet any travel need and desire.

During our many trips to Santa Fe over the years, we have stayed at the El Rey located at 1862 Cerillos Road. It was built in 1936 on Historic Route 66, and remains today an icon in Santa Fe. It features 86 unique rooms and suites, each individually decorated.

When we need to be downtown near the plaza, these are two favorite lodging choices:

La Fonda on the Plaza - we have stayed multiple times at LaFonda and it has become our favorite lodging choice in Santa Fe. It is adjacent to the Plaza. The suite by the Bell Tower on the top floor is highly recommended, with spacious rooms and panoramic views of the downtown area.

Every trip to Santa Fe includes at least one dining experience at the La Plazuela restaurant in the hotel. Be sure to ask for guacamole to be custom made at your table!

And after a day sightseeing, we always stop at the La Fiesta lounge for cold margaritas and snacks; it is adjacent to the lobby on the first floor.

La Fonda is located next to the Plaza and the Cathedral, at 100 East San Francisco Street. Phone 800.523.5002. Valet parking is available in the covered, gated La Fonda Parking Garage.

Another choice about two blocks from the Plaza is the Inn on the Alameda. It offers various rooms, suites and casitas located in easy walking distance to downtown. Located at 303 East Alameda. Free parking. Phone 888.984.2121.

If you are staying north of Santa Fe, and also visiting Taos, one option is the Abuiqui Inn.

And there are many more inns, B&Bs and vacation rentals scattered in every direction from Santa Fe!

There are nearly 400 restaurants and dining options available serving a large variety of cuisines in Santa Fe.

During our many trips to Santa Fe over the years, we have enjoyed consistent dining experiences :

La Plazuela in the La Fonda on the Plaza Hotel

Palacio Cafe on East Palace Avenue near the Cathedral 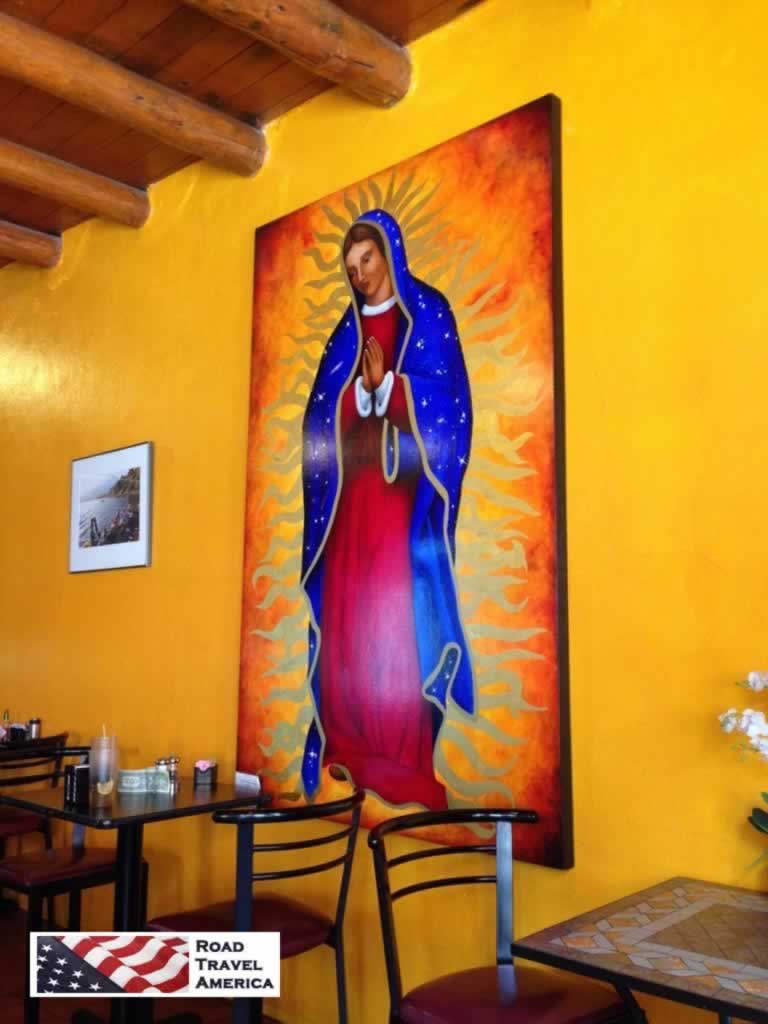 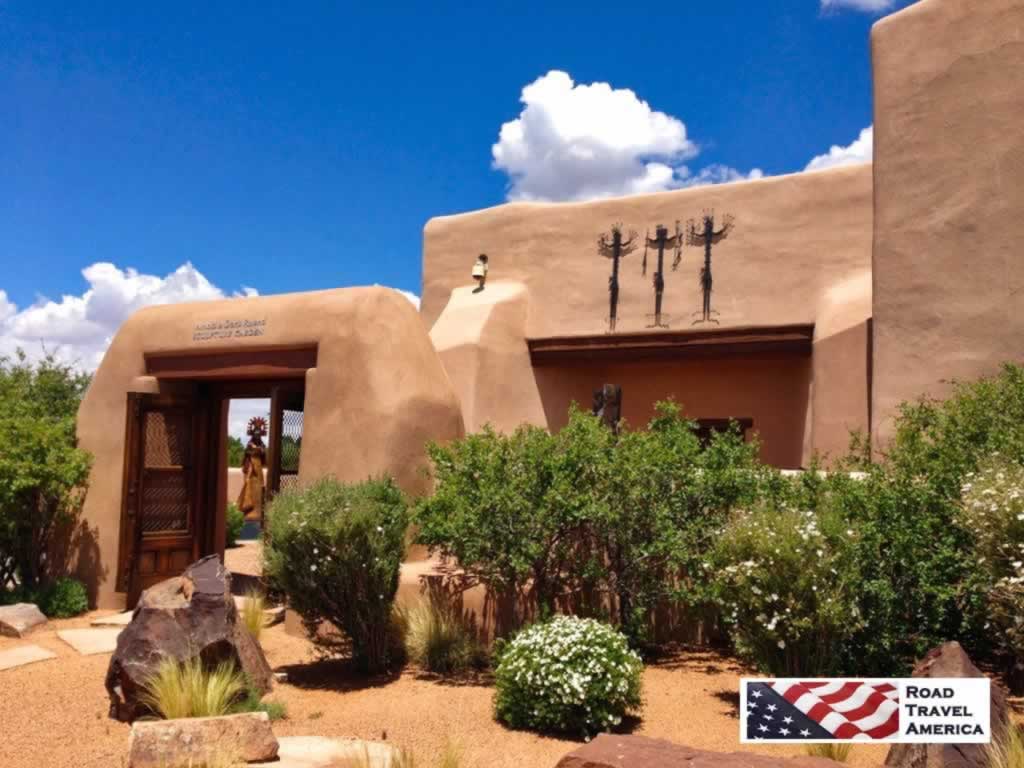 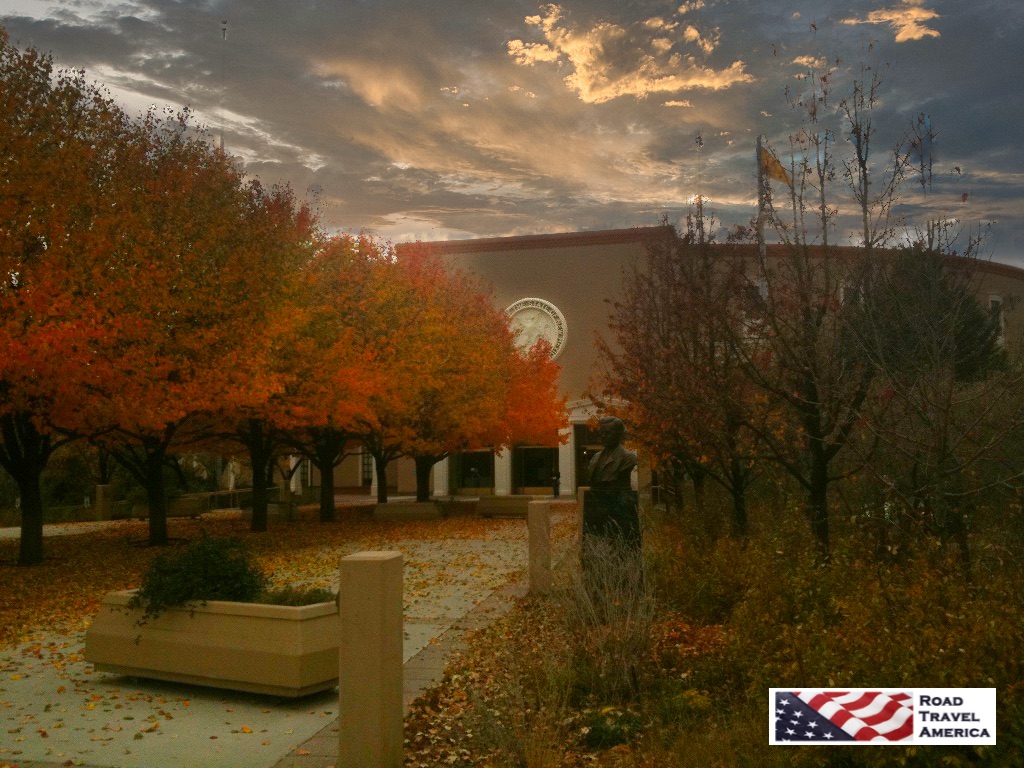 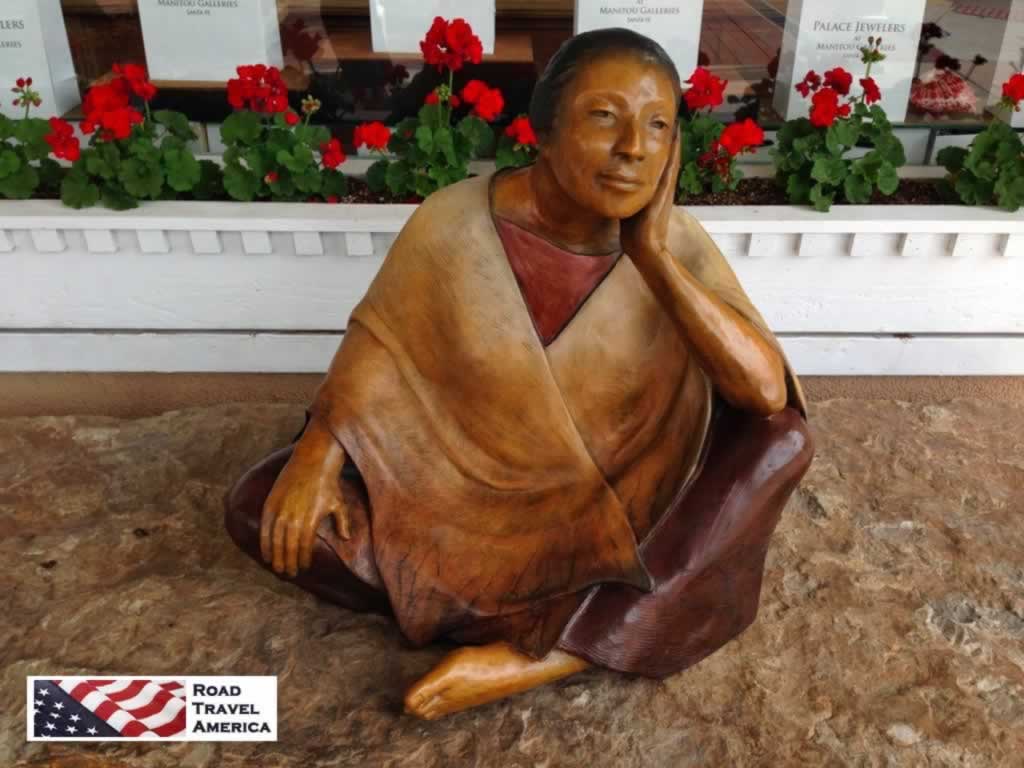 A popular trip to the south is along the Turquoise Trail, and its small, quaint towns of Madras and Los Cerrillos. Shopping and dining along the trail is a popular pastime.

To the north is the High Road to Taos, on small quiet roads through the rolling hills of the New Mexico countryside. The road passes through small villages including Chimayo, Cordova and Truchas. 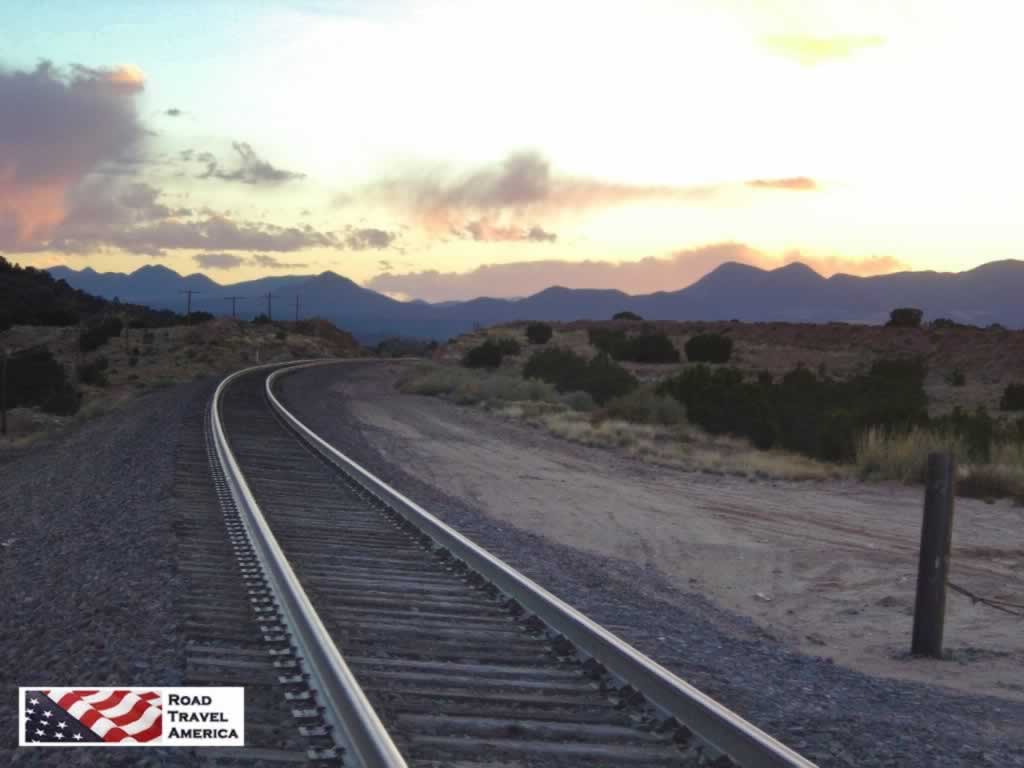 The What Not Shop:
Old Rocks, Antiques, Indian Jewelry, Pottery and Cut Glass
along the Turquoise Trail in New Mexico 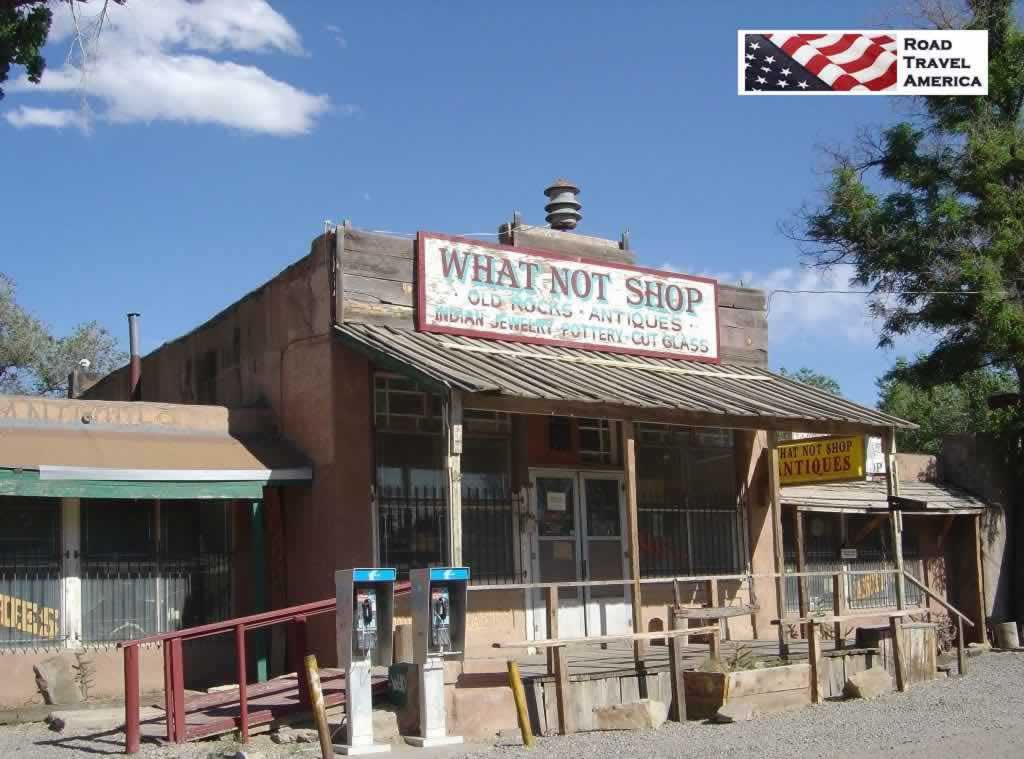